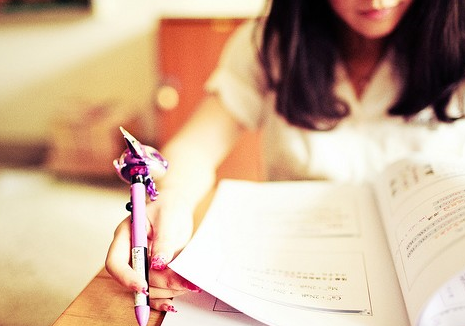 “So long as no laws are broken, there is nothing unethical about doing whatever you need to do to promote existing products or to create new products.”

The speaker asserts that in creating and marketing products, companies act ethically merely by not violating any laws. Although the speaker’s position is not wholly insupportable, far more compelling arguments can be made for holding businesses to higher ethical standards than those required by the letter of the law.

Most people would agree that buildings represent a valuable record of any society’s past, but controversy arises when old buildings stand on ground that modern planners feel could be better used for modern purposes.

The issue of whether to raze an old, historic building to make way for progress is a complex one, since it involves a conflict between our interest in preserving our culture, tradition, and history and a legitimate need to create practical facilities that serve current utilitarian purposes. In my view, the final judgment should depend on a case-by-case analysis of two key factors.

“Clearly, government has a responsibility to support the arts. However, if that support is going to produce anything of value, government must place no restrictions on the art that is produced.”

The speaker here argues that government must support the arts but at the same time impose no control over what art is produced. The implicit rationale for government intervention in the arts is that, without it, cultural decline and erosion of our social fabric will result. However, I find no empirical evidence to support this argument, which in any event is unconvincing in light of more persuasive arguments that government should play no part in either supporting or restricting the arts.

The speaker claims that our jobs greatly influence our personal interests, recreational activities and even appearance. While I agree that the personal lives of some people are largely determined by their work, in my view it would be a mistake to draw this conclusion generally. In my observation, the extent to which occupation influences personal life depends on the nature of the work, and how central the work is to one’s sense of self.

I believe this statement should be interpreted broadly—to mean that we are influenced by the exterior shape of buildings, as well as by the arrangement of multiple buildings and by a building’s various architectural and aesthetic elements. While I doubt that buildings determine our character or basic personality traits, I agree that they can greatly influence our attitudes, moods, and even life styles.

“As technologies and the demand for certain services change, many workers will lose their jobs. The responsibility for those people to adjust to such change should belong to the individual worker, not to government or to business.”

As technology and changing social needs render more and more jobs obsolete, who is responsible for helping displaced workers adjustWhile individuals have primary responsibility for learning new skills and finding work, both industry and government have some obligation to provide them the means of doing so.

Businesses are as likely as are governments to establish large bureaucracies, but bureaucracy is far more damaging to a business than it is to a government.

Contrary to the statement’s premise, my view is that businesses are less likely than government to establish large bureaucracies, because businesses know that they are more vulnerable than government to damage resulting from bureaucratic inefficiencies. My position is well supported by common sense and by observation.

“As technologies and the demand for certain services change, many workers will lose their jobs. The responsibility for those people to adjust to such change should belong to the individual worker, not to government or to business.

As a saying goes, “God helps those help themselves”, which is true in most cases. But as far as the large numbers of laid-off workers caused by the technological and market changes are concerned, I believe the government and the business certainly have an unshakable responsibility to take.